You have no items in your shopping cart.

WHAT ARE YOU LOOKING FOR?

John Nicholson is acclaimed for his football writing. 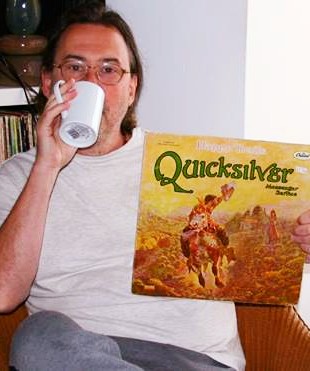 He was long-listed in 2010 for the William Hill Sports book of the year with his book about football culture in the UK, 'We Ate All The Pies' and short listed in 2010 for Writer of the Year by the Football Supporters Federation.
In 2020 Can We Have Our Football Back? was long-listed for Football Book Of The Year in the Telegraph Sports Book Awards.
But along with that, he is also a popular, well-loved novelist, primarily for his Nick Guymer novels, all of which are based in and around Teesside. While they are defined as crime novels, they're so much more than that, often being as much psychological and emotional excursions into issues such as depression, self-identity, politics and gender.
His readers love his blend of humour, mystery, action and relationship explorations. Teesside is very much a character in each book as readers are led around places such as Middlesbrough, Stockton-on-tees, Thornaby, Norton and even Seaton Carew.
A writer with an ability to evoke places with a rare passion, these are easy to read, hard to put down novels with thousands of fans.

This website is where to buy all of his books, fiction and non-fiction can be bought. Signed copies are always available and you can request inscriptions to yourself, friends or family.

It's also where to contact John if you'd like to book him for a literary event or just ply him with alcohol and ask him why he still can't use a semi-colon properly!